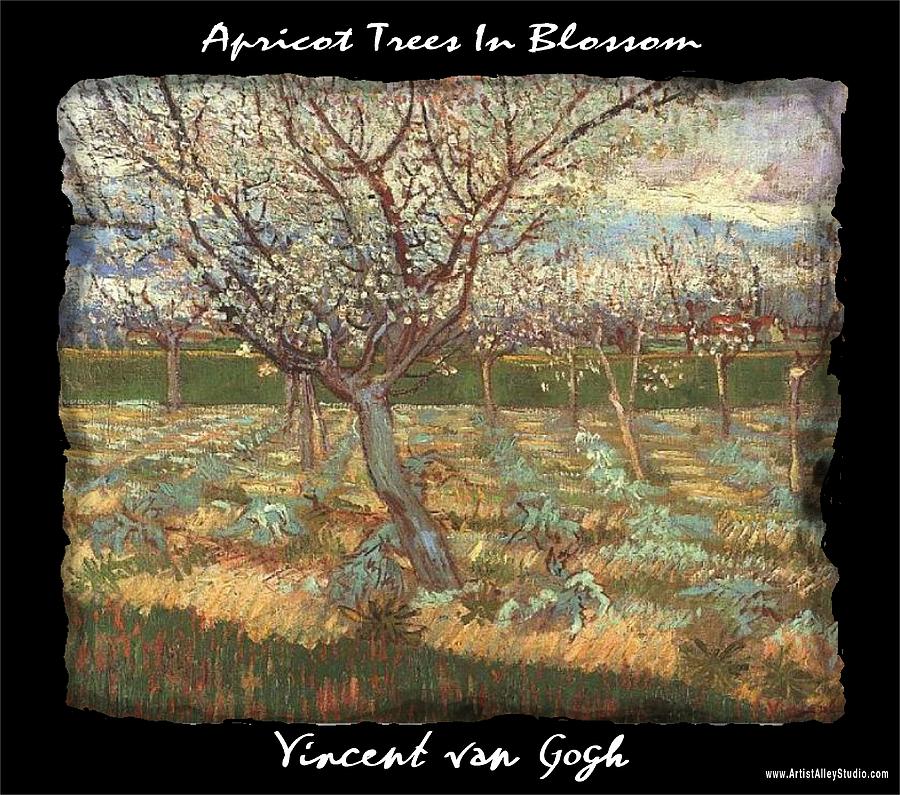 SPECIALIZED ART PRINT:
This painting belongs to a series of fourteen blossoming orchards that van Gogh painted in spring 1888, shortly after his arrival in Arles. Nine of the series he planned to form three triptychs. The present Apricot Trees in Blossom could form the left wing, while the Blossoming Plum Trees (F 553) in Edinburgh the right wing of a triptych. The sizes of the two paintings are the same, they depict the same orchard detail and the black factory chimney appears in the background of both.
The idea of altarpieces and religious representations can be associated with the triptych-like arrangement and it is likely that van Gogh himself attributed spiritual meaning to his large-scale, decorative ensembles. -wga,hu