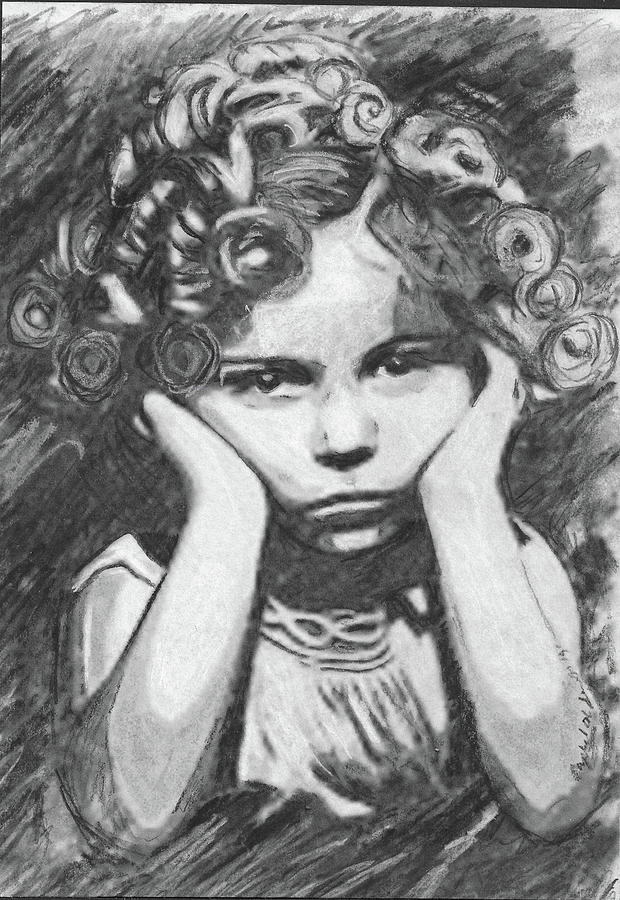 This piece has been already sold.   Please feel free to contact the artist directly regarding this or other pieces.

This is a Print of a Charcoal Drawing by Native American Portrait Artist Raychel R. George of Shirley Temple.
Shirley Temple Black was an American actress, singer, dancer, businesswoman, and diplomat who was Hollywood's number one box-office draw as a child actress from 1934 to 1938. As an adult, she was named United States ambassador to Ghana and to Czechoslovakia, and also served as Chief of Protocol of the United States.

Thank you very much,

this is excellent. L/F