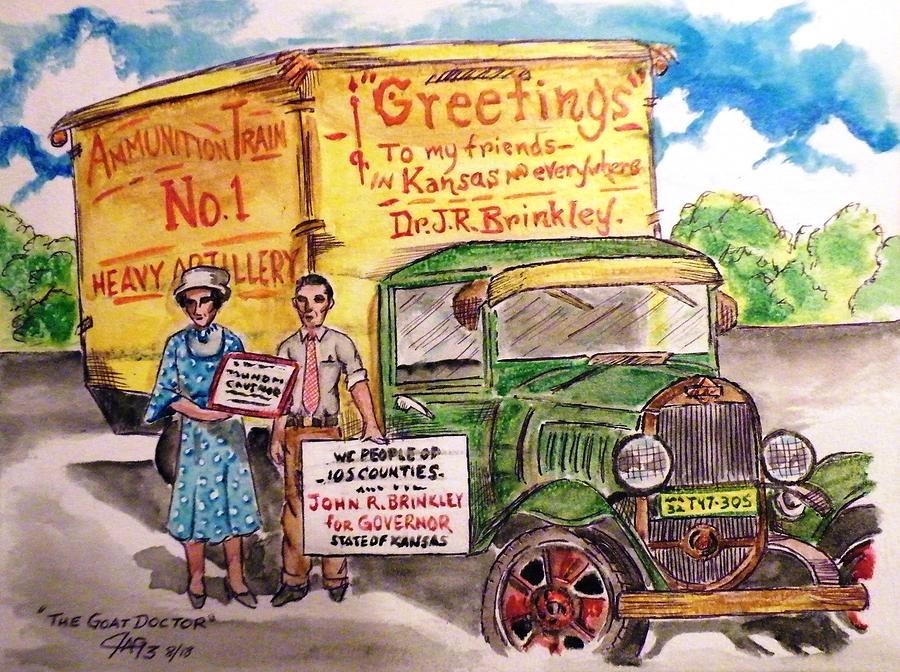 "The Goat Doctor" By: J.A. George - Water Color Painting inspired by a photograph - John Romulus Brinkley (later John Richard Brinkley; July 8, 1885 – May 26, 1942) was a controversial American medical doctor who experimented with xenotransplantation of goat glands into humans as a means of curing male impotence in clinics across several states, and an advertising and radio pioneer who began the era of Mexican border blaster radio. Though he was stripped of his license to practice medicine in some states, Brinkley, a crowd favorite and natural showman, still launched two campaigns for Kansas governor, one of which was nearly successful. Brinkley's rise to fame and fortune was as precipitous as his eventual fall; at the height of his career he had amassed millions of dollars and fancy cars, and yet died sick and nearly penniless, as a result of the large number of malpractice, wrongful death and fraud suits brought against him.

Love the mood and how you used paint and ink for this cool nostalgic painting JA! We added our Like. Celebrate life, Debra and Dave

The GYPSY and Mad Hatter replied:

The GYPSY and Mad Hatter replied: